Researchers Voice: The Effects of Sample on Polling | FocusVision Skip to main content

Researchers Voice: The Effects of Sample on Polling

Published by Michael Lieberman on July 20, 2020 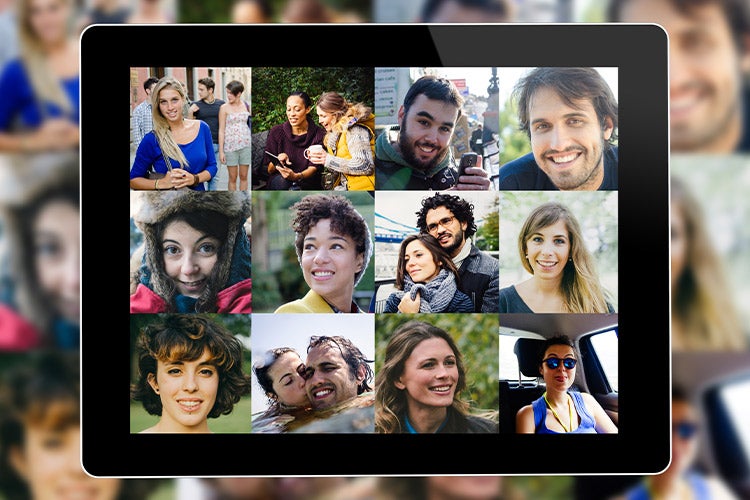 Editor’s Note: With the US presidential election just four months away, the polls are going to heat up. But, as we all know from 4 years ago, the results vary widely from one polling company to another and, in 2016, overall failed to accurately predict the outcome. Why – well it is all about the sample. This is true for any research conducted – be it political polling, brand, product, or employee research. With this in mind, we asked Michael Lieberman to take us back to the principles of sampling as a reminder of the different elements at play.

Definition: Statistical Inference: the theory, methods, and practice of forming judgments about the parameters of a population and the reliability of statistical relationships, typically on the basis of random sampling.

Let’s put that another way though an example. A burger QSR (quick service restaurant) serves approximately 16 million people a day worldwide. They would like to know the key drivers to it overall sales among, say, 11 attributes. How much would it cost to ask all of their customers and then do the appropriate multivariate analysis? Well, let’s figure it costs about $2 per answer, it would cost $32 million.

Or the burger QSR could take a representative sample of, say, 1,000 customers for three subgroups—a total of 3,000 surveys—and run the same analysis. The law of statistical inference suggests that the answers provided by the sample of 3,000 would be very much the same as the answers provided by all of their customers, within an error range of about 3%.

Below is an example chart where the burger QSR has asked 3,000 customers, one from each of the three groups represented on the chart, what they think about 11 attributes. 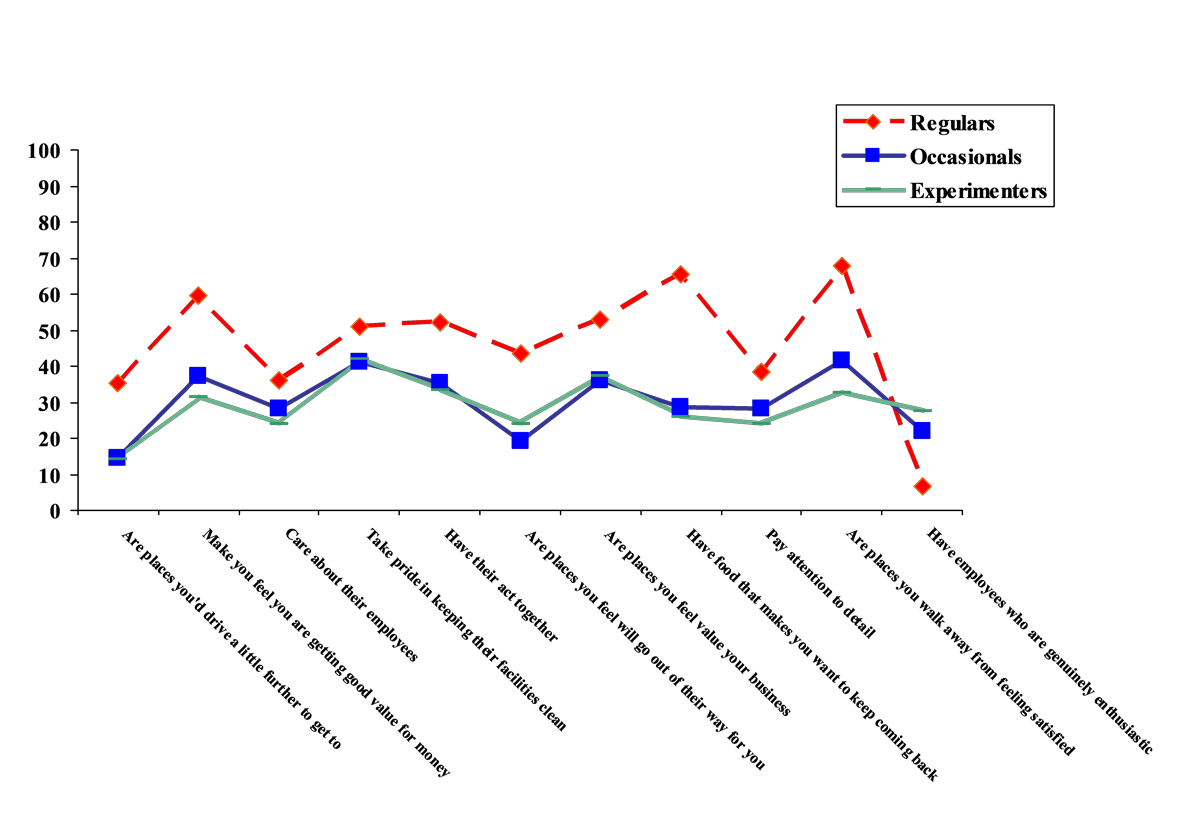 Survey research and political polling are heavily reliant on probability models. That is, the projection of the answers of a few onto an entire population. These projects are always quite accurate due to the concept of probability models.

In other words, you have:

For example, when you flip a coin, there are two possible outcomes, heads or tails.

If you are looking for the probability of tossing heads, the answer is ½, or 50%.

When you roll a dice, the chances of rolling a 4 is:

The Accuracy of Sample Data

This is a broad simplification of a complex definition but explains why our survey sample, though representative of the entire burger QSR, is correctly within a certain probability. Are the answers from 1000 able to project onto a total sample size of 100,000. The confidence interval is 3%, so we are 97% sure that our answers from the representative sample is correct.

Let’s move on to the accuracy of survey research to gauge brand equity, consumer sentiment, political polls, etc. In these cases, we use probability samples to get our most accurate picture.

Examples of nonprobability sampling include:

Non-probability and quota samples are very common in survey research. A good example is the phenomena of over-sampling. A luxury car brand would like to gauge its corporate brand love story. They take a random sample of Drivers 18+, asking questions of brand image. Then they oversample the key demographic, owners of the automobile brand between the ages of 34-55—these folks have more communication value than the population at large. The luxury car brand owners have an average age of 45 in 2019. They oversample young, affluent customers because that is the market they would like to penetrate. This should give them the insights they are looking for.

Weighting adjusts the poll data in an attempt to ensure that the sample more accurately reflects the characteristics of the population from which it was drawn and to which an inference will be made. Weighting amplifying answers of people underrepresented or lower voice of those over-represented.

Weighting is used to adjust the relative contribution of the respondents, but it does not involve any changes to the actual answers to survey questions. A good way to view case weights is to show a group is [Percentage in Sample Population]/[Sample in Actual Sample].

The Table, below, shows how to create demographics weights for a study. In more sophisticated weighting schemes weight from all three dimensions can be balanced. 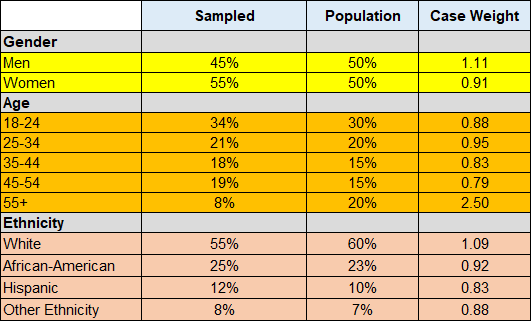 Finally we will touch on the subject of non-response bias. Nonresponse bias occurs when some respondents included in the sample do not respond. The key difference here is that the error comes from an absence of respondents instead of the collection of erroneous data. Most often, this form of bias is created by refusals to participate or the inability to reach some respondents.

Nonresponse is a problem for survey quality because it almost always introduces systematic bias into the data. This results in poorer data quality and can significantly bias any estimates derived from the data. There are several techniques researchers can use to minimize nonresponse and to offset the bias it introduces into data. During the data collection period, researchers can use:

When designing a study, statistical inference, probability modeling and weighting vital for methodological and ethical reasons, as well as for reasons financial resource. The understanding of the terms and effects of the subjects covered in this brief summary can build an understanding and foundation in the field of empirical survey research.

Michael Lieberman is founder and president of Multivariate Solutions, a New York consulting firm offering comprehensive statistical consulting. He can be reached at 646-257-3794 or at michael@mvsolution.com. 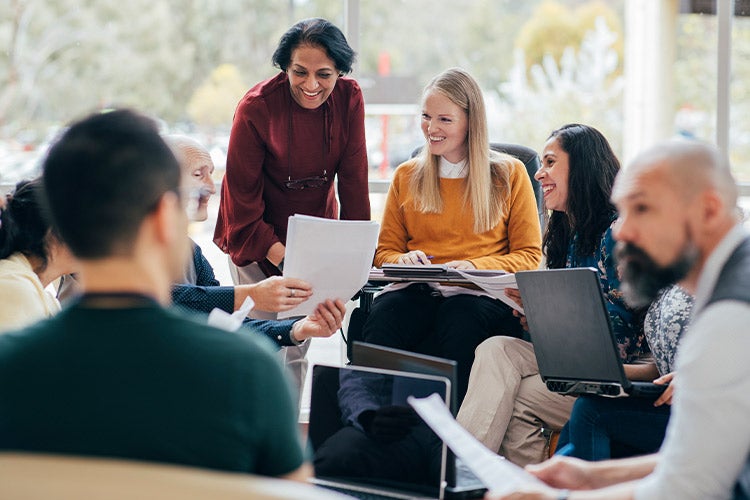 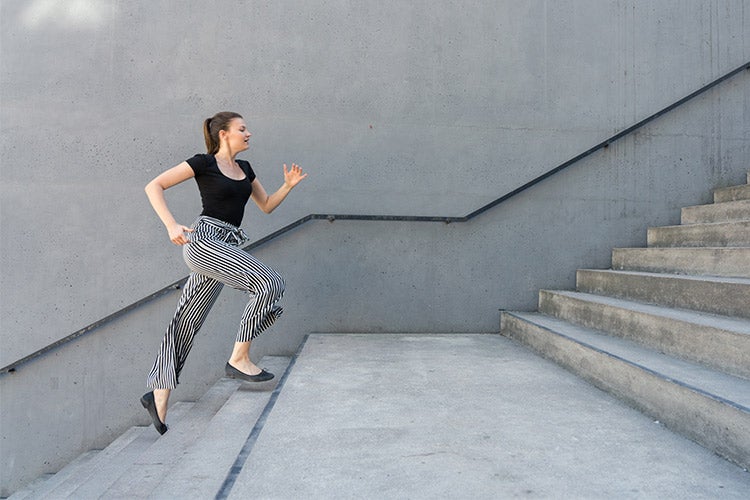 Researchers’ Voice: Catching Up with the Future 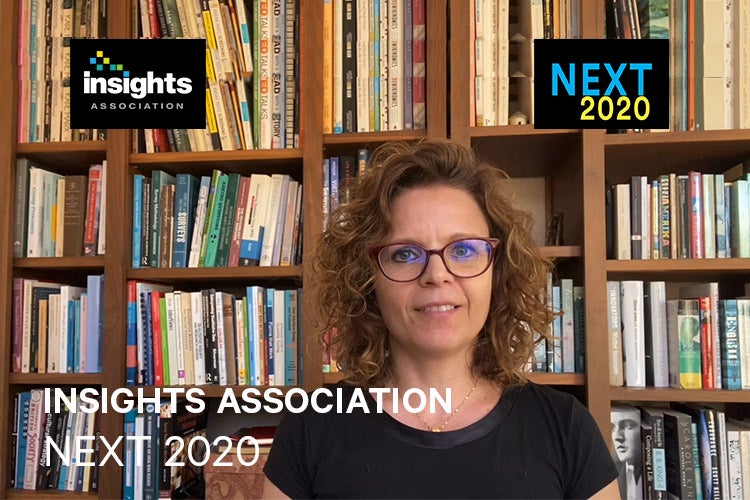