The year 2017 marked the 10th anniversary of the iPhone. Since its inception, smartphone subscriptions have reached 4 billion worldwide, and are expected to grow to over 7 billion by 2023.

Since 2011, FocusVision has been tracking the use of mobile devices for surveys. Our data has been taken from the population of respondents accessing surveys hosted on FocusVision’s Decipher survey platform. In 2017 alone, Decipher fielded more than 160 million online survey starts, reflecting many tens of thousands of independent studies, and sampling a large cross-section of the global survey taking population.

Moving into 2017, smartphone access to online surveys represented over a third of all survey starts on the Decipher platform. Smartphones are quickly eating away at desktop share, with every sign that this trend will continue. Tablet usage has remained at the same level for a number of years and is unlikely to make further headway.

The increasing presence of smartphones in survey research mirrors the overall consumer appetite for mobile devices. The latest figures from StatCounter show for the first time that smartphones are now the preferred method for accessing the internet. Deloitte’s 2017 US Mobile Consumer Survey reported 90% of respondents checking their phones within the first hour of waking up (2). Beyond this, some segments of the population have increasingly become what the Pew Research Center calls “smartphone dependent” (3). These households do not have traditional home broadband service and rely solely on their smartphones for online access. Clearly, mobile devices are the primary digital tool for today’s consumer and have become essential to daily habits, including social networking, retail, banking, personal communication, news, travel, and entertainment(4). 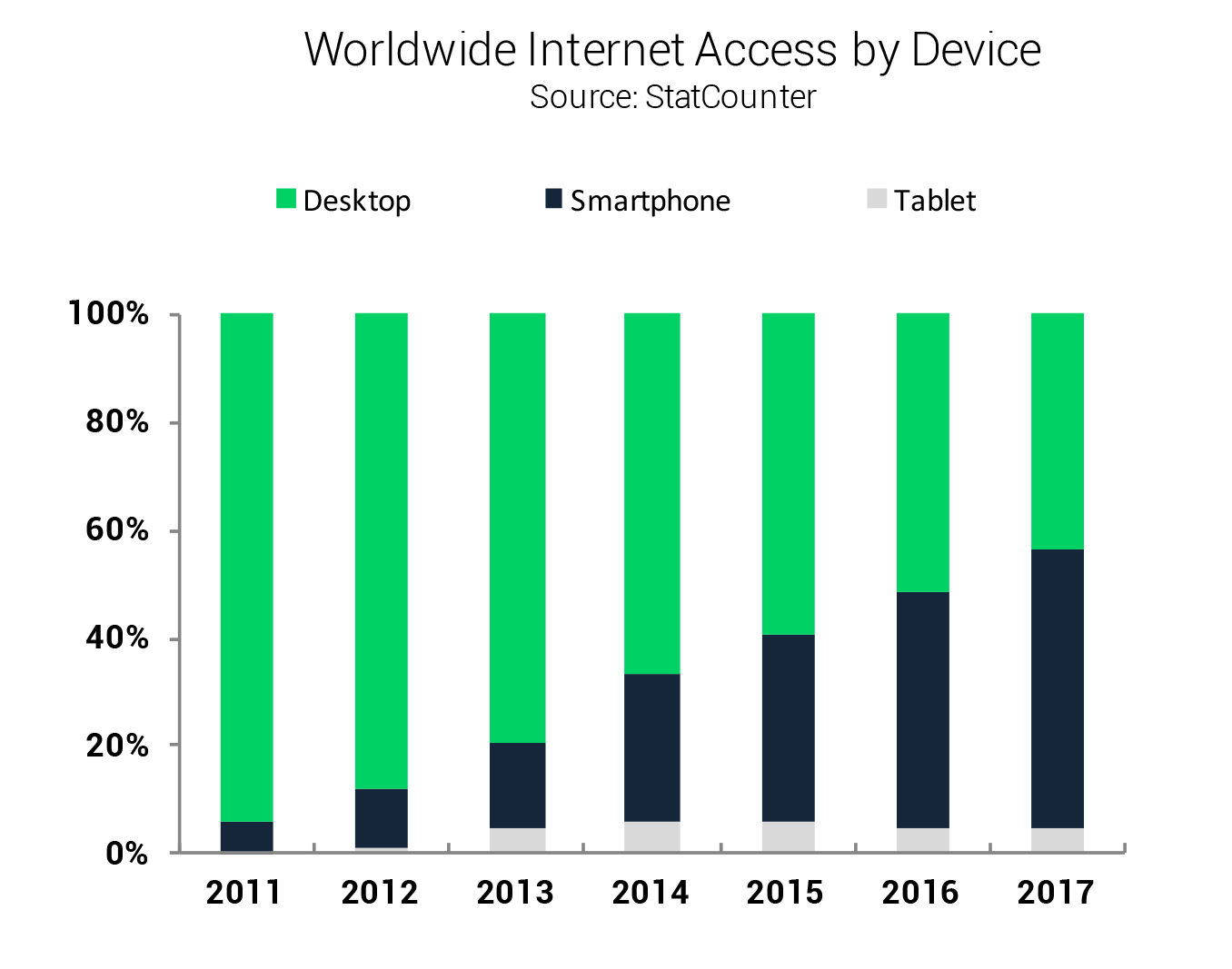 The importance of sample source

The percentage of mobile vs. desktop users taking a survey can vary greatly from study to study. For instance, demographic factors can affect smartphone penetration rates. Even as smartphones have reached much of the US population, smartphone ownership still shows variation by age, income and education (3).

Our 2017 numbers show a typical study using client supplied sample may see as much as 39% penetration via smartphone, while similar usage falls to 24% among panel sample. Interestingly, panel sample has seen much growth in smartphone device usage over the years; closing the gap with the rest of the survey taking population. (Figure 2).

Survey completion rates for users on larger screen devices remain better than those on smaller smartphone screens (Figure 3). However, for the past few years, overall completion rates for smartphone users have stopped improving. Decipher’s mobile-first responsive design (technology which automatically reformats a survey for optimal viewing regardless of device size) was introduced in 2013. At such time, we experienced increasing client attention toward mobile friendly survey designs. Smartphone completion rates improved dramatically during this period, but plateaued shortly after, suggesting there is still more work to be done to engage these users.

Smartphones are very personal devices; a source of entertainment, a productivity tool and our primary way to connect with others. They hold a unique position in our lives and transform the way we interact with digital content. As researchers, we can only wonder what this means for online surveys. The reality is that our surveys compete for attention with other types of activities completed on smartphones. Video and social media rule the roost. Up against this, are our surveys compelling enough? Despite the smartphone revolution, survey research arguably has not changed that much. We have hung on to our grid questions, lengthy surveys, and conjoint exercises, only to leave it up to technology to display everything nicely on screen.

It’s not all about screen size

There are distinct variations in screen sizes for the three device categories we’ve touched upon thus far: desktop, tablet, smartphone. To get an idea of online survey population statistics by various screen sizes, we pulled data from a 2017 client survey. This was a mobile-optimized customer satisfaction tracking study, which was accessed by over 135k respondents. Figure 4 indicates online survey starts by screen size.

We’ve categorized smartphone devices with a larger display screen between 5 to 7 inches as “phablets.” “Mini tablets” have screen sizes ranging from 7 to 9 inches. For example, the iPad Mini features a 7.9-inch display; whereas a traditional sized tablet like the iPad has a 9.7-inch display. The data shows phablets represent a significant share of mobile devices.

In our 2014 Mobile Trends Report, we anticipated that the increasing popularity of phablet phones would have a positive impact on survey completion rates as a whole (6). The thinking was that the larger screen size would improve the survey taking experience. This did not come to pass.

Smartphone usage in online surveys continues to grow and shows no signs of slowing. When we began reporting on mobile trends in survey research, much attention was focused on the need to design mobile-friendly surveys and standard question types, optimized for touch input and smaller screens. Several years later the imperative for researchers to find ways to engage smartphone users remains. Although much improved, survey completion rates from smartphone users still lag behind other devices. Very soon, smartphone users will become the predominant portion of the population accessing surveys. As such, a positive survey user experience regardless of the input device used is essential. This demands that much attention be placed on adapting research methodologies and experiences for a multi-device world. The sooner and more thoughtfully this is done, the better our industry’s collective results will be.

Five Steps to Getting the Most Out of Mobile Surveys 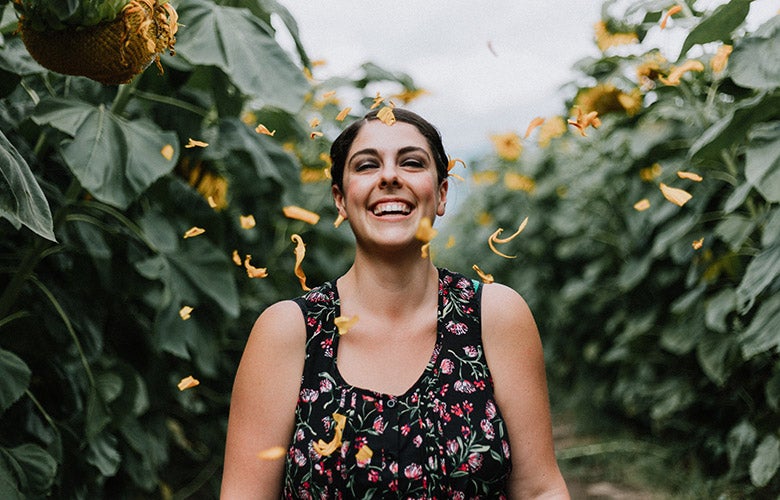 Do You Know How Your Customers Feel? The Role of Emotion in Decision-Making, and Your Bottom Line 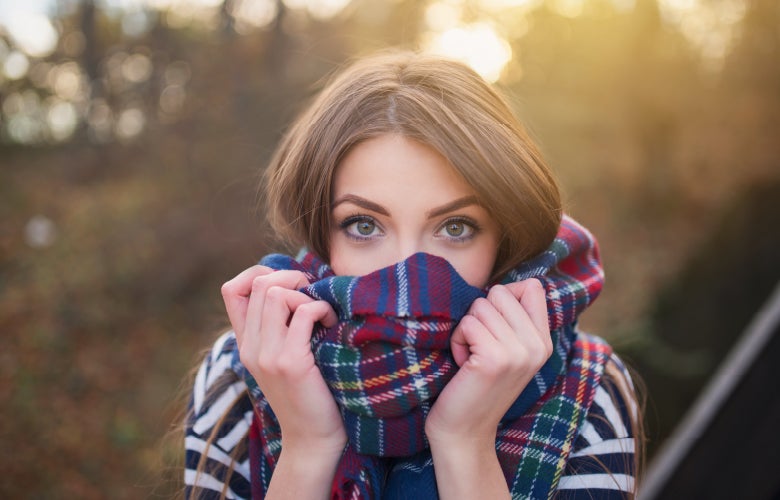 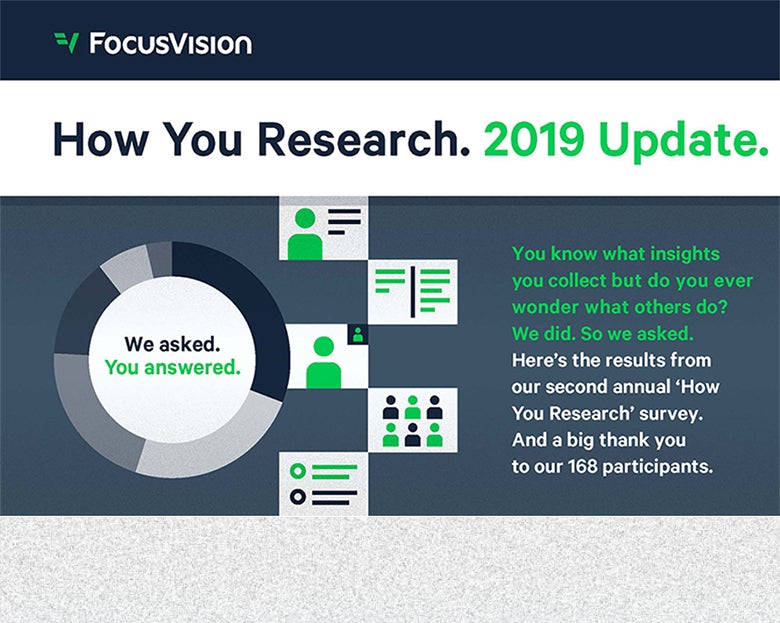